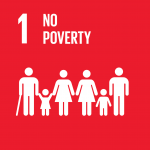 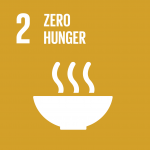 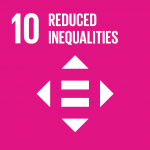 With the systemic effects of the pandemic on society, the most disadvantaged are even more vulnerable. To make matters worse, the number of people in need is expected to increase.

1. Identified problem The effect of the Covid-19 pandemic is felt throughout the world, not excluding the most disadvantaged. Charities that normally aim to help the most vulnerable, experience operational difficulties that compromise the delivery of food to people in fragile situations. These difficulties are due to:

To make this situation worse, there is an increasing number of people occupying the streets. According to data collected from Cáritas Diocesana of Porto, Portugal, the Solidarity Door Project, which was created in 2009 and which supported an average of 150 people a day, has now reached 400 meals a day in a space of 4 weeks.

2. Implemented solution Our solution was to create logistically simplified solutions that ensured that the food distribution worked during the pandemic. In order to be able to distribute food in a sustainable way, we believe it is necessary that the food flow, namely demand <> distribution <> supply, is done without much logistics to ensure continuity in this uncertain period. Our idea was to create mini food chains spread regionally in the country where demand, distribution and supply are made by proximity to each other.

For this, we looked for entities that act at a national level and that could ensure the mini food chains:

– Demand (we pin located charities througout the Lisbon region to provide visibility of where the need of food existed);

– Distribution (since only charitable workers were allowed to be out and about during lockdown, we engaged CNE (National Scout Corps) that have +1000 locations distributed nationally and were already logistically and punctually helping to do this service;

– Offer (EuropAssistance volunteered to promote a campaign with all its employees working from home to create a food basket and donate to the closest Scouts facility near their home. EuropAssistance also doubled the offer of its employees to further support our efforts of social impact with this initiative)

3. Who supported Spread in this intervention?

This solution had the food support of EuropAssistance and its employees, logistical and operational support from the National Scout Corps and Congrau Engenharia e Construção.

4. What was the purpose of the solution implemented?

5. What was the social impact created?

What are your Feelings

Reactivate the supply chain of Solfraterno